skip to main | skip to sidebar

I took the Stupas to the beach and set them on fire – torched them. 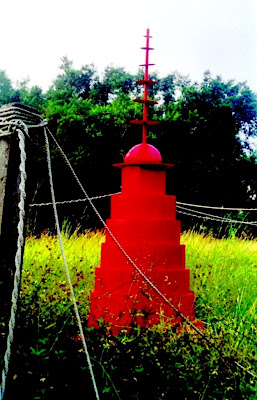 Vilen Künnapu is an Estonian old school constructivist and a spiritual architect.

First time I met Vilen Künnapu in the Alvar Aalto symposium in Finland some 15 years ago and then in several occasions in Estonia and Asia.

Obviously architect Künnapu thinks quite eternal questions and has found the duty of architecture as the mediator between the human beings or existing human beings and higher or even cosmic energies or entities.

They didn’t have any accident in Kaoshioung. Both Vilen and August Künnapu were participating in the Taiwan Design Expo and in the Future Pavillion, in the wing of Urban Acupuncture. Vilen realized two big scale models of his Stupa buildings for the energies of the Kaoshioung city. The Stupas in the exhibition worked as scale models dealing with the energies of the exhibition space. Later on the big Stupas should be realized for Kaoshioung.

Vilen and August flew up to Taipei, where I have a house and I drew later after them. I had to do something with the Future Pavillion. When I got home it was 4 in the morning. I opened the door and found out that Vilen was sitting in my living room and that he was covered in blood.

First I thought that my cat had attacked him. I have two cats but they are wild. I know that at least August loves cats. This was not the case. They had gone swimming and in a wrong time. They didn’t think of the tidal differences in the Pacific Ocean and got surprised by the ebbing tide which started to suck them away towards the horizon. The same time the night fell too. They lost each other in the complete darkness and could not swim to the shore. Vilen thought that he is going to drown. Then he was hit by a stone – sent by God. He hang in this stone the ebbing tide and cut himself with the oysters or what ever pretty bad. When the tide calmed down he managed to swim to the shore. He had enough time in the darkness so I asked him, what did he think? He said that he thought he had lost August, that he had no son anymore.

When Vilen finally got to the shore August was waiting for him. When I got to my home and found Vilen taking care of his wounds August was already happily sleeping.

After the Taiwan Design Expo I took the two Stupas to my garden for a year. They I had to leave Taiwan for some other duties and I took the Stupas to the same beach where they had this close to death experience and set them on fire – torched them. 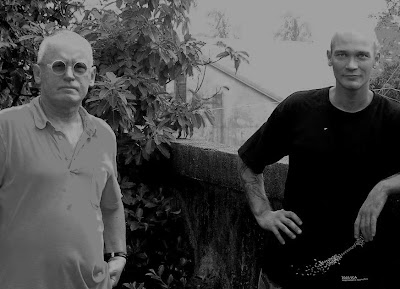